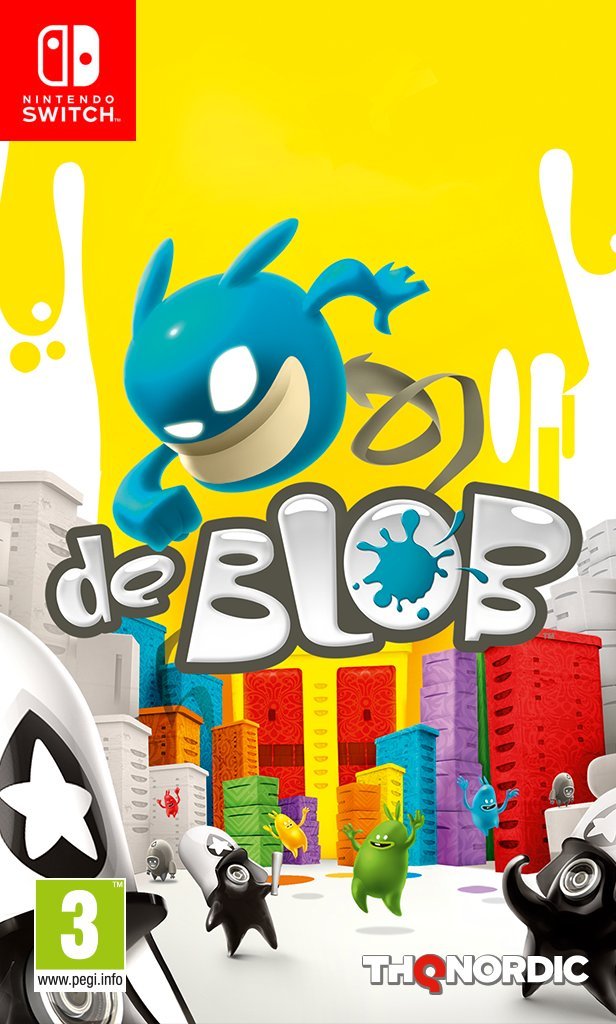 The evil I.N.K.T. Corporation has declared 'Colour is a Crime!' and leeched Chroma City of all its beauty and interest. The race to rescue Chroma City has just begun, and only de Blob can save the world from a black-and-white future with his unique abilities to colour the world back to life.

Are you a garden hygienist? In my experience, most gardeners fall into two camps when it comes to autumn tidiness: complete clear-out merchants that leave nothing out of place; or the more relaxed, let-it-all-rot-down-naturally brigade. Me? I fall somewhere in the middle. I’ll tidy if there’s a good reason for it, but leave well alone if it’s just offending my […]

Garden Guides on Iris Iris are easy to grow This vast family of beautiful perennials is one of the most important of all garden plants. There are hundreds of varieties ranging through almost every color, differing in size, blooming seasons, and even habits of growth and method of propagation. The two most important groups for the average gardener are (1) […]

Peaches and Nectarines The peach, Prunus persica, is closely related to apricots, cherries and plums. It was introduced into England in the early sixteenth century via Europe and Persia from China. The nectarine is a natural sport of the peach with smaller, more delicately flavored fruits, which are smooth-skinned, whereas peaches have a rough skin. Bush peaches are hardy in […]

Blackberries Blackberries are vigorous and exceptionally spiny, hardy perennial cane fruits belonging to the genus Rubus .The species and hybrids listed below are grown for dessert, bottling, tarts, jam and wine. Blackberries prefer deep, moist and rich loam but are adaptable to light sands and stiff clays, given free drainage and freedom from perennial weeds. Incorporate bulky organics such as […]

The genus Dianthus is large, but the popular garden flowers are border carnations, growing about 2 1/2 ft. tall, with exquisitely formed blooms and smooth-edged petals, and pinks in a wide variety of shapes, sizes and heights. They need a sunny, well-drained position, but are not suited to areas which have severe winters. Any soil suits them, so long as […]

The pears grown in England is the European Pear which derives from Pyrus communis, native of the temperate parts of Europe and the western part of southern Asia as far as the Himalayas. In America some varieties are grown which are hybrids between the European Pear (as represented by `William’s Bon Chretien’, known in America as ‘Bartlett’) and Pyrus serotina, […]

There are many kinds of lilies with some differences in requirements for growth. By selecting an assortment varieties the home gardener can have a succession lily blooms from June through September. Growing information on Lilies SOIL AND SITE: Good drainage is essential for all lilies. If the soil is not naturally well drained, gravel should be placed in the bottom […]

Even on the smaller home lots, there is usually a place for a few fruit trees. In many cases a small home orchard is possible. In smaller places, fruit trees can be worked in with the landscape planting. As a whole, fruit trees grow rapidly and if well cared for they are tidy and a desirable feature of the landscape […]

Of Mediterranean origin and flowering in late February and March, outdoor apricots demand a frost-free sunny site. Bush trees can be grown only in southwest and south-east England; elsewhere, as fan-trained trees on walls facing east, south, or south-west, or in greenhouses. Apricots prefer a moisture retentive, friable and well-drained soil: they object to stiff clay and heavy loam. A […]

Plums are popular for cooking, jam-making and bottling or canning, but the sweeter varieties are among our most delicious dessert fruits Damsons ripen a little later than most plums. The fruits are small, oval and richly flavoured, but not really sweet enough for the general taste for eating raw. They are, however, excellent for cooking, preserves and bottling. Bullaces are […]